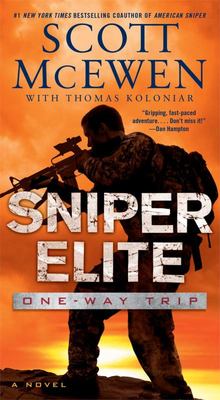 From the coauthor of the #1" New York Times "bestseller "American Sniper," this "inspired by true events" thriller follows one of America's most lethal marksmen as he leads the rescue of a downed female Special Ops pilot. The President of the United States can't decide how to respond to a classified video showing the Taliban's brutal treatment of their captive--a female helicopter pilot of the Army's elite Special Operations Aviation Regiment. Afraid that a botched rescue will further destabilize foreign policy and end his presidency, the Commander-in-Chief falters. But when the Special Ops community learns that one of their own is being tortured and will almost certainly be killed, no executive order will stop them from attempting a rescue mission. In direct defiance of the President's orders, Navy SEAL sniper Gil Shannon launches an audacious mission, with the support of elite soldiers and an enigmatic government figure, to infiltrate the tribal faction holding the captured pilot. A pulse-pounding battle ensues, pitching the entire force of the Taliban against the fearless and heroic American sniper. Packed with blistering action and real-life combat scenes, "Sniper Elite: One Way Trip" will pin readers to the edge of their seats until the very last sentence.

"Finally a military novel that pays attention to detail, and tells a great story, rarely do the two go together. Sniper Elite gets it right. Lace up your boots tight because you're about to move out, and learn what it's like to be a SEAL sniper."